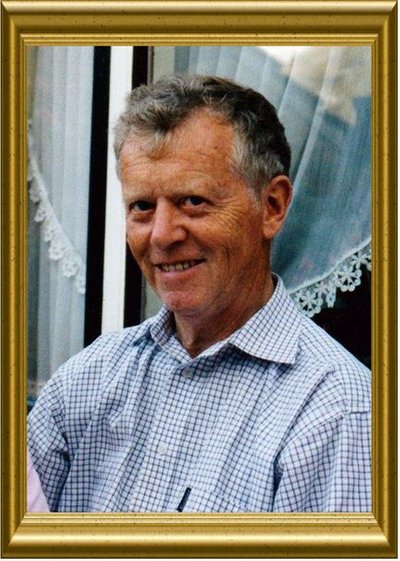 Dirk Krom, for many who did not know him, a quiet modest man but for the people who knew him better a man with a passion for his native region and especially for fuchsias.

By fellow hybridizers often called a lucky bird but for initiates he was a hybridizer with a strong opinion who worked very carefully to achieve his goal.

If you could appoint a Dutch hybridizer as a public hybridizer, it is Dirk Krom!

That was the case at the time, but even now after his death in 2011, everyone knows Dirk Krom, and that is mainly due to the type of plants that he hybridised.

He did not like complicated crossings and especially no difficult plants, no, it had to be plants that were suitable for the general public and that everyone could cultivate. Dirk also adapted the naming of his plants and the majority of his plants were named after people or characters known in the Netherlands from books by well-known Dutch authors such as Marten Toonder. 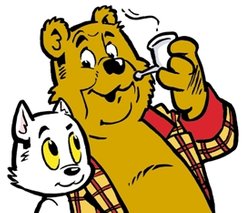 Dirk lived his entire life in Wormerveer and first worked as a ship carpenter at his father's shipyard on an inlet of the Zaan. Later he practiced his craft in construction. He hold on the old shipyard of his father and later came in handy with Dirk's hybridizing work, every hybridizer has lack of space.

Dirk was already interested in plants at a young age. His first fuchsia he got in 1970 when he visited a family member in the south of the country who did flowers and plants.

That first fuchsia was a 'Dollarprincessin', which Dirk thought was a beautiful plant and it was also the plant that awakened the fuchsia virus at Dirk. His birthday prompted Dirk to donate seven more Fuchsia's and with that the addiction to Fuchsia's rock was rooted in Dirk, he would be busy with Fuchsias throughout his entire life.

During a trip together with his wife, he saw a whole collection of different fuchsias at a house and Dirk decided to have a chat there. The residents gave him the address of a Fuchsia nursery from Heerde.

That was: Johan de Groot at that time the only fuchsia nursery in the Netherlands. 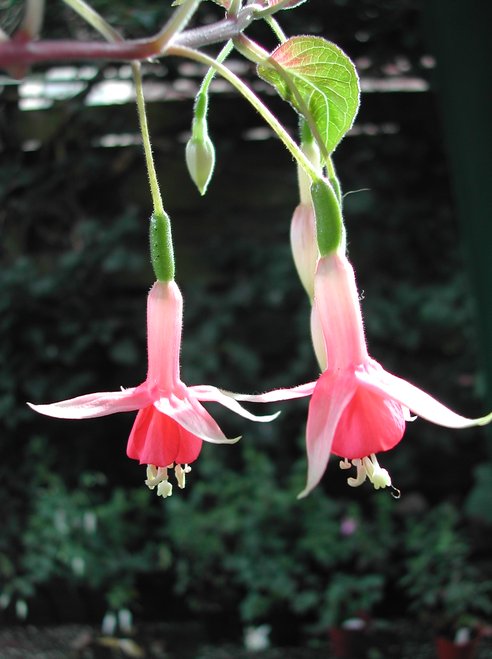 As a true plant lover Dirk wondered how it was possible that there were so many fuchsias with beautiful flowers and he was curious how that all came about.

He gathered information about hybridizing from Fuchsiana, and armed with that, Dirk started his hybridizing life. At the VKC inspection of July 1989 Dirk offered his first novelties 'Guurtje' after his mother and 'Johanna Regina' with whom he named his wife in a fuchsia.

Both Fuchsias were approved and immediately became a great success. The plants fell directly into the taste of fuchsia lovers and you can still see the double fuchsias with beautiful colors at shows and in the gardens of the enthusiasts. The rich flowering of Dirk's plants was something that appealed to the enthusiasts. Nobody expected it, but Dirk came back in the same year in September with three new plants that also all three were approved. These were called 'Ellen' after his daughter, 'WFC Champion' and 'Zaanlander'.

For a hybridizer who introduces new plants for the first time, five approved new fuchsia cultivars were a great success, indicating that the plants met a need. 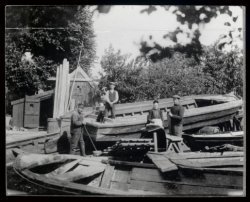 The name Krom was right from the start already a concept in the fuchsia world of enthusiasts and hybridizers. But not everything went smoothly, one of the first problems that Dirk quickly ran into was the problem of lack of space known among hybridizers. Dirk lived with his wife in a nice cozy house which unfortunately had too small a garden to let all his seedlings grow up to be able to select them afterwards. He had in it a greenhouse in which he made his crossings but that was not enough.

For the cultivation and selection of his plants, Dirk moved them to the old Shipyard that was still in the possession of the family. And then there were also setbacks in hybridising or if a plant was not approved, but there were always fuchsia friends who helped him to deal with his setbacks like Jan van Maasakkers from Nuenen who always encouraged him to continue.

Dirk Krom always knew to provide his plants with appropriate names and especially names that appealed to the enthusiasts.After having appointed his mother, wife and children and grandchildren new things came out with names like 'Pinocchio', which Dirk thought fit with this new plant.

Other figures from children's books such as 'Kruimeltje', 'Keteltje' (Ketelbinkje), 'Ciske de Rat', 'Paulus' (the forest gnome) 'Piggelmee' and 'Roodkapje' were named in the new cultivars of Dirk.

Furthermore, many family members and acquaintances were surprised with a fuchsia that always carried their name.It also happened that an event for Dirk was the inspiration to give a name to a new acquisition: 'WFC Kampioen' is for example named after the championship of the football club from his place of residence and 'Volendam' is named because the orange uniforms in which this football club played fit well with this orange fuchsia. 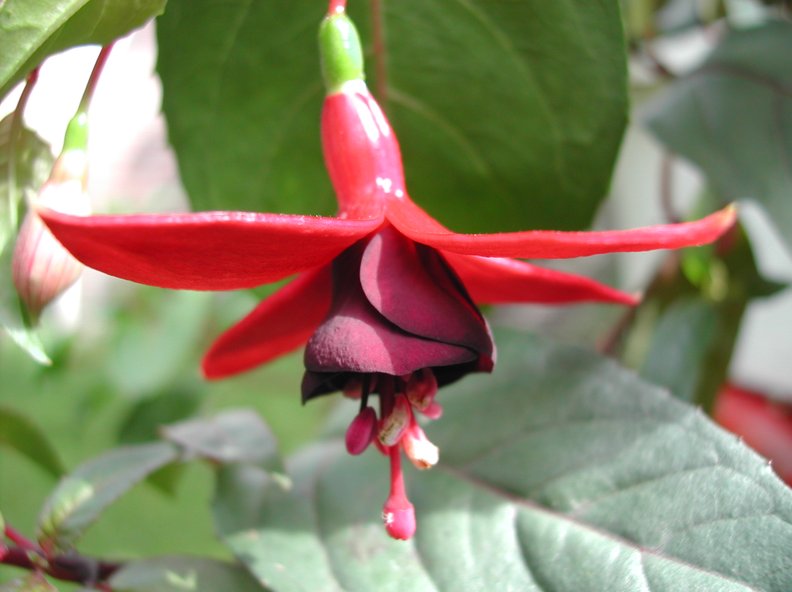 Many of his successful fuchsias carry names of successful or famous Dutch people such as Anton Pieck, Marten Toonder, and of course Annie M.G. Schmidt of the famous fuchsia song and Major Bosshardt. Dirk did this because he had a lot of respect and admiration for these people.

He found that these people he named valued a lot. With many has maintained pleasant contacts for a long time.

It was not the easiest way to give plants a name, at least not for Dirk.

He first had to be convinced that they appreciated that their name was used for a fuchsia.

But Dirk always got their approval and it happened regularly that Dirk got publicity in newspapers, radio or TV with this way of naming. A large collection of pleasant and positive reactions testified to this.

Dirk also hybridised fuchsias that carried names of his place of residence and places in the area such as Krommenie, Wormerveer, Zaandijk, Uitgeest, Zaandam, Koog aan de Zaan and Heemskerk.

This list of place names as Fuchsia names gave him the idea to also name Knollendam the home of Lord Bommel from the books of Marten Toonder. 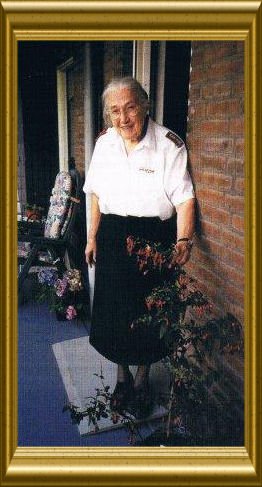 Dirk Krom has always followed his own hybridizing career, he has never been a member of the hybridizing group. It was not directly in its nature, for example, to set up a fixed line from the known species for hybridizing. Like other hybridizers, Dirk always had a ray of hope to grow a yellow fuchsia and he was convinced that something like that would happen soon and that this would not be the result of a targeted cross but would be a coincidence. He did, however, believe that this yellow fuchsia would have a relationship with

F. procumbens where the yellow color already occurs. For some crosses he used 'Rubra Grandiflora' ('Pinocchio', 'Robinson' and 'Kundra') but furthermore he used more cultivars of all kinds with properties that seemed to him to be inherited by chance in his new cultivar that he set the target. 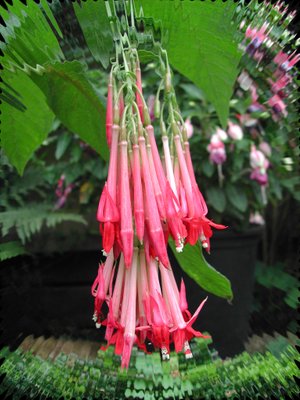 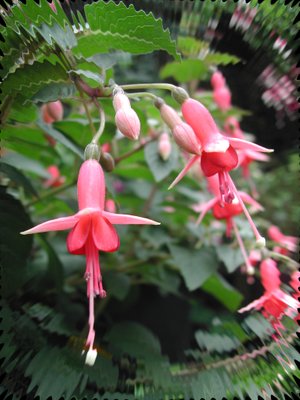 In fact, one or both parents are not known about many plants. As already mentioned Dirk had enough space at the shipyard to grow all his seedlings and thus had the opportunity to accurately select and that happened on various aspects. Because all the seedlings could grow on it was easy to let nature do its work and the weakest specimens were removed and the strongest survived. Then one of the aspects that Dirk selected was the free flowering and that was one of Dirk's strengths. Many of his plants show an exuberant bloom, so they are often immediately embraced by the fuchsia lover.

It sometimes happened that Dirk considered the flowering business to be more important than the novelty of the plant, and that sometimes caused disappointment at the innovation inspection. But it also happened that such a plant exhibited so many qualities in bloom and growth that the plant stood out among the occupants of Fuchsias. 'Krommenie' is such a plant that can be found in the spring in garden centers and at florists.

The appearance of the plant or the growth method and the leaf were also one of Dirk's selection points. It all had to fit together and so plants came into circulation that gave the name public hybridizes at the beginning of this story. Due to the often good growth and exuberant flowering combined with the right leaves and a new flower shape, not to mention an appropriate name for the plant, many of his plants became real public favorites that will remain in many collections for years to come.

The bright colors appealed to him and he wanted to create that too. 'Paul' is one of his creations in which he strove for that.

In the early beginning of his hybridising career, Dirk visited the inspections with his plants, but later on he no longer needed it. Because of the early successes and the many contacts he had with fanciers, it was not so difficult for Dirk to decide that he could determine for himself which fuchsia is good or not. And it even occurred that a plant that was rejected at the inspection was later embraced by the public because of the exuberant flowering and other characteristics. 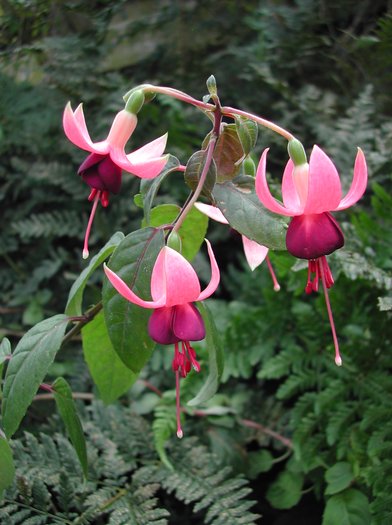 That Dirk was someone who was fully committed to everything he did and who did so with verve shows what family members say about him.

“Dirk must have had three lives gehad hebben , one for the fuchsia’s, one for the historical event around the Zaanstreek and one for painting"

because Dirk had those hobbies also  and he did that deservingly. 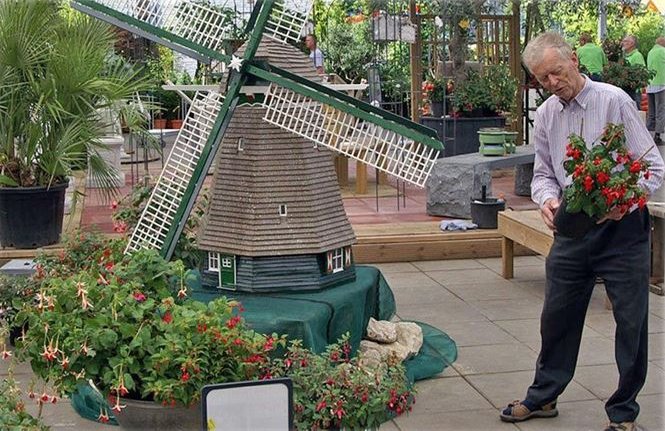 From Dirk Krom in the period 1989 to 2010 a total of 69 cultivars are known who have found their way to the gardens of the enthusiasts.

The cultivars of Dirk Krom

From the Cultivars marked with a *, you can find a picture under the button

Do you have photos and you want to share them with me, you can send the photo via the e-mail address below.

© Fuchsia’s of the World.