the pros and cons. 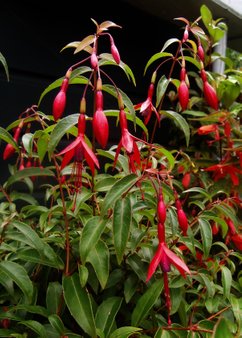 F. regia is not pre-eminently the most popular plant because of its lanky and poorly branching growth, but also the flowering leaves much to be desired.

In 1988 when accepting the order for research on winter hardiness of fuchsias, F. regia species were planted on the trial field, and in the private garden of Gerrit van Veen.

These plants originated from seed brought by Paul Berry from Brazil. The seed was sown and grown by Maarten Appel in 1987 and he took the plants under number to a meeting at Drude Reiman.

One could take these plants with them. All these plants had their own number, but as expected only few members wanted these plants and then Gerrit van Veen took the remainder to plant on the hardy test field.

Some deviant plants were planted in his own garden.

The plants on the test field were removed after a few years because they did not meet expectations, growth and appearance were long and slouchy.

In 2006 my eye fell on a plant with Gerrit in the garden, this was one of these seedlings.

At first I thought it was 'Bernisser Hardy', but Gerrit told me that it was a F. regia from the seed of Paul Berry.

What is striking about this plant is that it is NOT slouchy but very compact and bushy. The ticket with the number could no longer be read.

Because the plant was distributed the name is 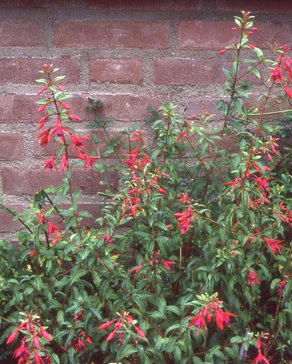 At the time I took cuttings from the plant for the breeding project of the then newly established winter hardy group, the plant is very hardy.

Initially I dusted the plant with itself, sown the seed and planted on rows to see if the plant's characteristics would change. This was NOT the case, there were 3 deviations on 81 plants, namely two plants with a pink crown and a plant that was twice as long, but bushy.

This told me that the plant is very much a real botanical fuchsia, and that the story of Gerrit is correct. Research would still be done but this has never been done. 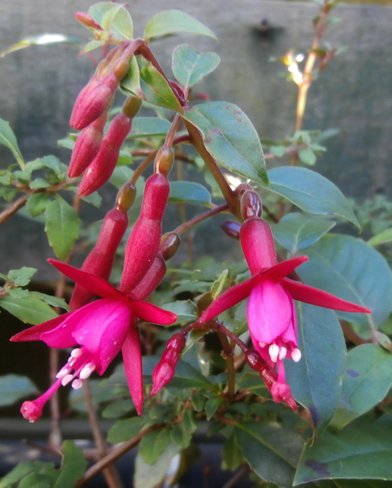 Further hybridizing projects with this plant learned that if he is used as a seedparend, the pollen of other fuchsias has little influence on changes, and that the seedlings are not interesting, but if you use the pollen on 'Gerharda's Panache' for example plants come out that are also hardy, like 'Jaspers Hardy Dream'.

A seedling in which F. regia (Gerrit) was used as a seedparend is 'Jaspers Hardy King'. 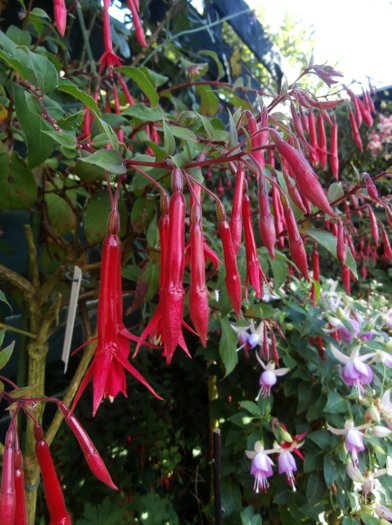 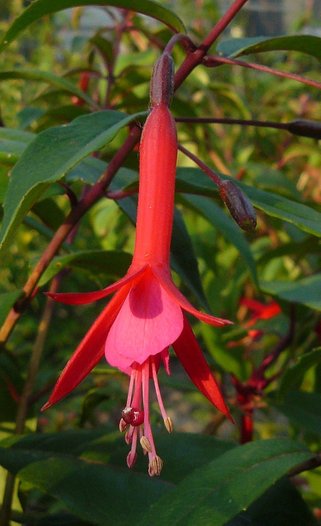 Seedlings of F. magdalenae x F. regia (Gerrit) are hardy, but all of these plants are lax upright and therefore can not be used as a hardy plant.

The color of F. regia (Gerrit) is not easy to fathom if you want to preserve the properties of the plant, but I have proven that other forms are possible. What to imagine forms such as hardy, upright and winter hardy Microphylla. 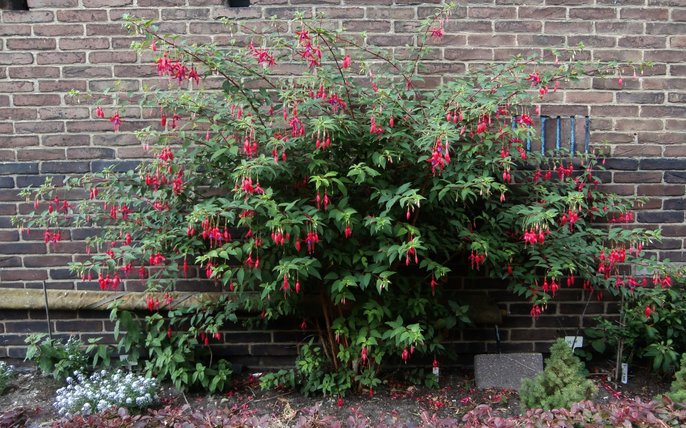 Illnesses I never see in F. regia (Gerrit) this is also to be expected, F. regia's have harder leaves compared to F. magellanica, which come from the same section.

From F. regia (Gerrit) is easy and crown tree to make though the trunk will never be very thick.

foto 1: cut back for the winter 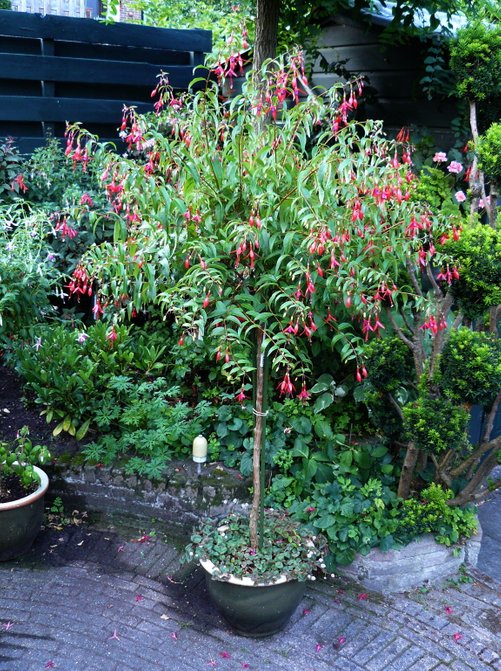