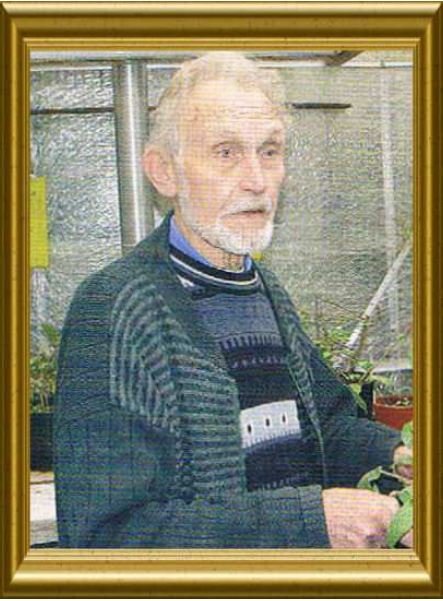 Whoever knew him will remember him as a friendly charming man, a real old-fashioned gentleman,that you liked to have a conversation with.

Martin Beije lived and worked his entire life in Nunspeet. Initially he worked at a painting company, later until his retirement he was attached to a home for disabled people from the foundation "Philadelphia".

Yet it is no coincidence that he has been so intensively involved with fuchsias.

He once said that he actually always had some fuchsias in his garden.

In addition to his house, many years of beautiful hangers hung by his wife, but after a visit to fuchsia nursery Cees Spek he became a member of the NKvF in the seventies. At the nursery he had bought a number of fuchsias including some botanical such as F. fulgens, F. pilaloensis and

F. cinerea. At that time, not much was known about the hybridizing of fuchsias. He started in the eighties and brought his first creations in 1989 to the inspection in Aalsmeer. This inspection was very successful for him because seven fuchsias were approved: 'Piet G. Vergeer', 'Robert Lutters', 'Regina van Zoeren',

'Irene van Zoeren', 'Didi', 'Nuwenspete' and 'Lonneke' , cultivars that we can still encounter in many collections and shows. 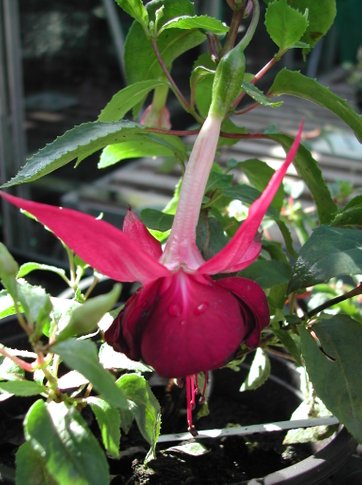 This even went so far that plants starting with the name 'Martins' were sometimes also attributed to him, but these plants belonged to the American hybridizer G. Martin. And yet something was not right.

Martin Beije as we all knew him used a synonym for his fuchsia work. His first name was Marien. but because that name did not come across well with his multiple English friends and colleagues he had contact with, he used the name Martin and that was accepted by everyone in the fuchsia world.

His initial objective in cultivating novelties was: to bring something in color and shape that is not yet there. Later he concentrated on fuchsias with a dish-shaped crown. Fine examples are 'Edens Delight',

'Martin's Brigitte' and 'Gerrie Spek Hofmeijer'. Initially he was a member of the Hybridizing Group of the NKvF. By exchanging technical data one can achieve a specific goal. Because according to him, despite promises, too little happened, he left the group. But he used the experiences he had gained. He started using botanical fuchsias more and more when crossing. For example, he made a number of primary crossings, such as 'Obcilin',

a cross between F. obconica and F. cilindracea.

As far as naming is concerned, he therefore opted for a composition of the first parts of the scientific names. Other examples are the cultivars: 'Cinandrei', 'Cinpetio', 'Cinvenu' and 'Cinevulca'. In doing so, he crossed 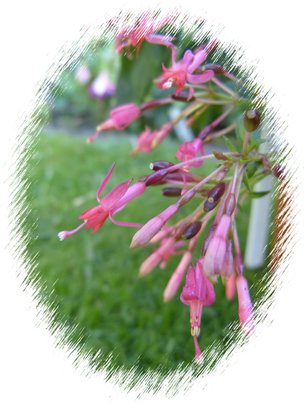 One of the highlights of his hybridizing work as he called it himself was a breakthrough on the way to the yellow fuchsia. These were the cultivars: 'Martin's Yellow Surprise' in 1994 followed by 'Martin's Choice Improved' in 2004, a cross between 'Martin's Choice' and F. pilaloensis. He himself did not call it yellow fuchsias, but thought it was a big step in the right direction, which he hoped would be continued by fellow hybridizers.

A visit to Martin in the summer months was always an experience in itself, provided you had enough time for it. Extensively there was talk about the existing novelties and planned crossings. Of course, the many new creations that were not yet in circulation were brought to the fore. In doing so, the cleanliness of his garden and greenhouse and the value he attached to a good selection of his plants always fell again before he put them into circulation. He certainly did not go on ice overnight. All the more because his eyesight deteriorated visibly, he gratefully used his many fuchsia friends including Cees Spek and Edwin Goulding for viewing and selection work.

Since he was no longer able to grow the required amount of plants for the VKC inspection, he brought his plants after a strict selection to renowned growers for the distribution of his acquisitions. And selecting it was strict because he thought that a new cultivar should not only have a new color or shape of flower but also as a plant in all its aspects had to meet the wishes that the fuchsia enthusiasts put there in terms of growth and bloom of the plant. 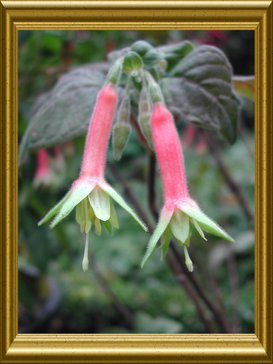 During one of my visits to Martin in Nunspeet, after an hour-long conversation about hybridizing fuchsias,

I realized that the man had gained a lot of knowledge in an older age and in a short period of time and had many positive and negative experiences with the hybridizing of fuchsias. I then advised him to put those experiences and knowledge on paper so that they were preserved for the fuchsia world.

At a VCK inspection in Aalsmeer in the following year he told me that he had started the previous winter and noted everything in his black book as he called it. Years later he told me that he still kept the black book and because of his visual impairment he let that done by a good friend. The fact that he did not just cross good luck is clear from the fact that he often used novelties that he had grown to continue a certain line.

Some examples are: 'Edens Delight', 'Martin's Tiny', 'Martin's Brigitte' and 'Rianne Foks'. In recent years, almost blindly, despite all the help, he had to give up the hybridizing of fuchsias. After an active life, he has performed to create 143 beautiful fuchsia cultivars in the period after his retirement and with his handicap of the ever deteriorating eyesight. Many of them still appear in the collections of enthusiasts and have secured a permanent place in them.  With this he has made a major contribution to the assortment of Dutch cultivars.

The great handicap of poor eyesight forced him to stop hybridizing, but he was also aware that plants were coming into circulation that more or less unwanted came from his stall. One day he decided to put a stop and then put all the plants in a green container at once on the day they picked it up.

For the black book he had made an appointment with the only family member he had contact with, his cousin Hans Beije, who supported and guided him in his last years. But unfortunately the day after the death of Martin, the black book, together with other fuchsia celebrities, had disappeared from his home. 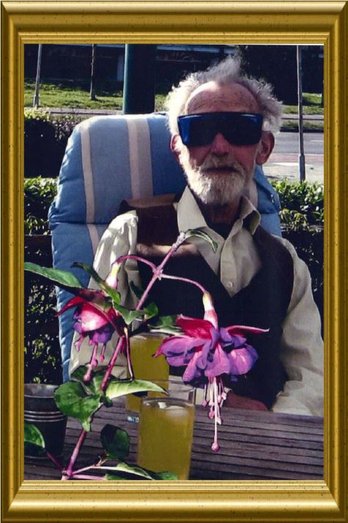 Know as a hybridizer you start, keep full, be critical and certainly not walk next to your shoes when you have succeeded in bringing something new.

From the Cultivars marked with a *, you can find a picture under the but

Do you have photos and you want to share them with me, you can send the photo via the e-mail address below.