A life dedicated to fuchsias 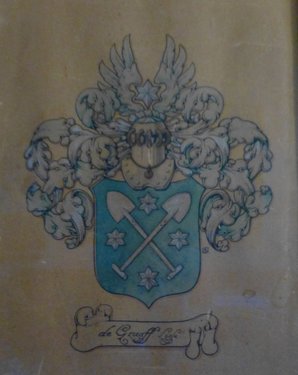 But it is also possible that hybridizing is just part of your life from childhood. The latter is more or less the case with Herman de Graaff.

As the seventh genus from the well-known family of bulb growers from Lisse, Herman grew up in a world where everything revolved around the growing and propagating of flower bulbs, the trading of flower bulbs, but also the hybridizing of these products.  The company "H. De Graaf en Zonen" dates back to 1735, the later family business until the beginning of the 60s. The company "De Graaff Gerharda" mainly focused on the narcissus cultivation and the acquisition of new varieties. 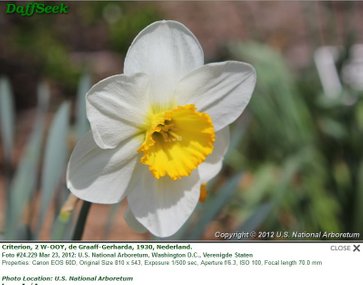 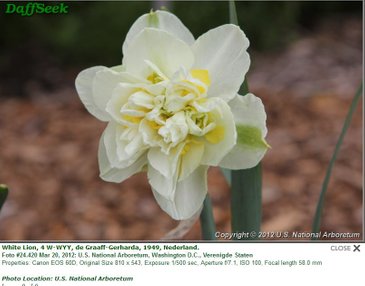 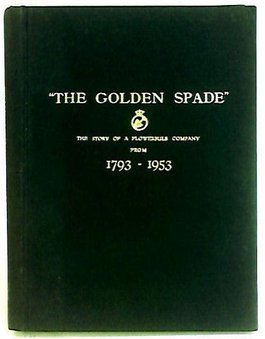 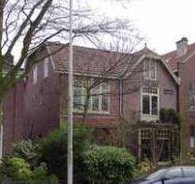 The house in which Herman lives is the municipal monument 'Villa Gerharda' on the Heereweg in Lisse and was built in 1903, and until now was always inhabited by a member of the de Graaff family. In short, everything around Herman was steeped in botanical knowledge and acting, and it was also not surprising that Herman followed a biology study at the University of Leiden with the main subject of genetics, after which he transfered his knowledge to his students until his retirement.

Especially the research in practice attracted him and naturally included hybridizing. Both in his working life and after his retirement he has always tried to convey this knowledge and skills, first to his students and later to his fellow hobbyists in the Fuchsia Association and beyond.

In an interview, Herman says:

Loeky, Herman's wife, was friends with Anna von Oven at the time, one of the first members of the Dutch Circle of Fuchsia friends. An aunt of Herman, Tine La Rivière - de Graaff bought during an exhibition in Elswout a fuchsia plant of the English grower Wills who did a lot of business in the Netherlands in the early years of the NKvF.

She gave this plant with the name 'Nina Wills' to the Graaff couple. The same aunt made Herman a member of the NKvF in 1972.

Virtually from his first steps within the NKvF, Herman has worked for the NKvF as an association, but also for the individual members. He did this by sharing his knowledge and experience through the articles he wrote in Fuchsiana.

Together with Hans van der Post he was the stimulating force behind the creation of an Hybridizing Group and the Botanical Group.

His motivation: "There is never enough research to be done in the Fuchsia area there is still so much to discover.

" A maxim that, according to Herman, is still valid. 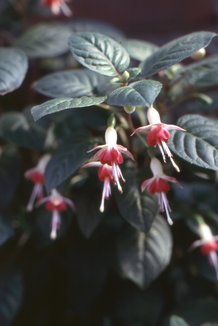 Having and keeping Fuchsias and everything that has to do with them eventually became a way of life for Herman with whom he spent more or less day and night. In addition to the many articles he wrote for Fuchsiana, he was also a member of the board of the NKvF, and member or board member of all groups of the Extended Technical Commission of the NKvF (UTC). He was also chairman of the UTC for some time. He participated in various exhibition committees and other temporary committees, for example in the reform of the management structure of the NKvF. He made various contacts with foreign fuchsia associations for the association.

He has been a member of the Fuchsia committee of the Permanent Inspection Committee in Aalsmeer for some time. He gave slide lectures throughout the country. From the December 1982 issue of Fuchsiana he wrote the regular column in that magazine under the title "Product of Holland" which has already appeared in more than 200 episodes. The English title of this article series about hybridizers and their products was a reminder from his childhood when he did not speak a word of English. The text was on the paper bags of the company in which the flower bulbs were sold at the time. 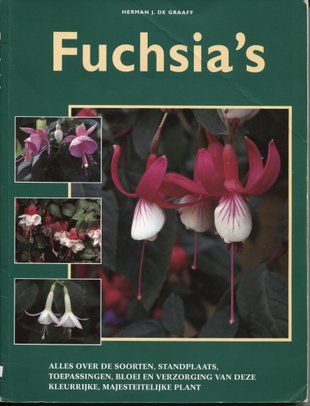 The texts in the color photographs in Fuchsiana are also taken care of by him for years and years. And then we have not even talked about his share in the Dutch fuchsia literature. In almost every fuchsia book published in the Dutch language,

a great contribution to the information in it can be found by Herman de Graaff.

In 1997 the book 'Fuchsias' was published entirely by him. This book was later translated into several European languages.

As a member of the Description group of the NKvF Herman knew how to give guidance to the work of this group.

He found the description and registration of fuchsia cultivars very important in order to support the knowledge level of the fanciers and to promote the products of the hybridizers. The initial objective of this group to investigate whether it was possible to identify fuchsiacultivars came to him in second place.

In everything Herman did in the fuchsia field, he always looked far across the borders. Especially when the organized hybridizing work in the Netherlands began to bear fruit and the Netherlands became a leading country in the Fuchsia area, Herman was the driving force behind the promotion of our cultivars.  He was a member of several foreign fuchsia associations and established many contacts with foreign hybridizers, including in England and Germany. Some of these hybridisers were therefore even members of the NKvF.

There were even those who learned the Dutch language to be able to follow it and to be able to read Fuchsiana, such as John Wright from England with whom Herman also had a friendly relationship, and even worked together to realize various things in the field of hybridizing.

Undoubtedly there will have been more activities in the fuchsia area of Herman that have not been mentioned here, but with the aforementioned activities you can conclude that this is more than an enthusiastic fuchsia enthusiast who has already reached a respectable age in this intensive way.  Loeky, Herman's wife who is a plant lover, has always fully supported him in this fuchsia violence and will undoubtedly have supported him once again when an unjust attack was made on the inexhaustible urge of Herman to transfer information. That happened sometimes because Herman took no notice when rules were violated or agreements were not fulfilled.

In his publications and statements he usually tried to package that in sincere good-natured words or by explaining what the agreed rules were. 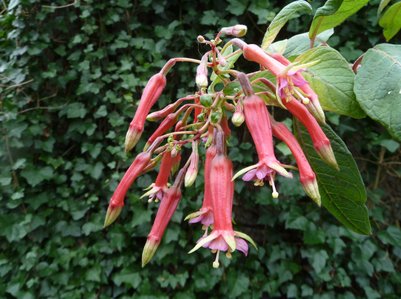 His successful series of stories under the title "Product of Holland" also sometimes caused criticism, but this was usually wrong because people did not see that the frequent talk about his own cultivars in these articles was not meant to promote his cultivars, but that to teach and showed how a hybridizer works.

In the above story you naturally wonder whether this man also just had a collection of fuchsias and also improved. Yes, that was also the case, apparently also in the schedule of 24 hours a day and 7 days a week with Fuchsia's being busy.

In summary you can say that it is not surprising that if one sometimes talks about the Fuchsia Guru as Herman de Graaff means, but in most cases only the name Herman is more common and sufficient to indicate who one is means 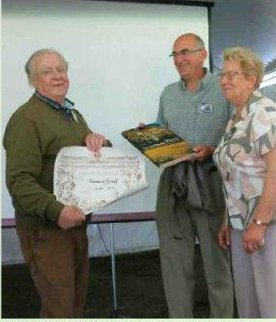 That his hybridizing work abroad is also highly appreciated is widely known. You can read more about this in the section on naming and distribution.

As ambassador of the Dutch hybridizing work, Herman received an award for the contribution in August 2015 during the Eurofuchsia symposium which was held on the NKVF's friends day by the French delegation of the SNHF (Société Nationale d' Horticulture de France). form of the Diplome d'Honneur.

This certificate was presented by Alain Karg, head of the Fuchsias and Pelargoniums section of the SNHF, and Ms Simone Lomet was awarded for special merits in the field of fuchsia hybridizing.

Herman with his "Diplôme d'Honneur" awarded by Alan Karg and Simone Lomet.

Knowing that Herman is a research freak, it is not surprising that from the very beginning he started to breed when he came into contact with Fuchsias. Especially the fact that you can judge your results with a bit of luck in breeding fuchsias after a year was something that appealed to him. He was used to home from Daffodils where it took at least 7 years before you could assess the first results. The wide variety of flower shapes and colors was also something that encouraged him to hybridize with fuchsias.